“When Liza and I first met to discuss which direction my composition for Calefax and her would take, both of us were keen to find an inspirational extra-musical idea as the work’s starting point. I myself have a great love of photography and the work of Vivian Maier cropped up among Liza’s suggestions. We had met well in advance so I had plenty of time to let the ideas germinate and mature. 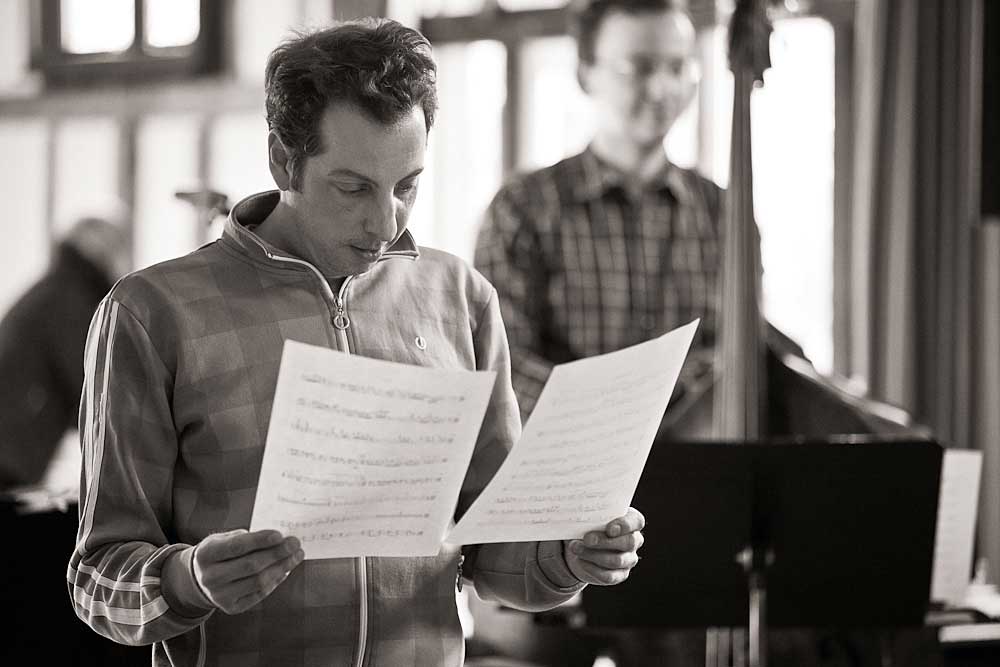 One evening I found myself in the middle of an enthralling documentary on Dutch television about the life of a photographer who had made thousands of photographs but had never published a single one of them. She spent her entire life working as a children’s nanny. After her death someone purchased her belongings at auction and discovered countless piles of negatives: a great deal of fantastic street photography from America (mostly dating from the ‘60s and ‘70s) as well as striking self portraits with the same streets as their backdrop. I immediately had a hunch and sure enough, it turned out to be a documentary about Vivian Maier!

Her photography immediately appealed to me, but her life story captivated me even more. She began as an affectionate nanny who took the children in her care to run-down, deprived neighbourhoods, fairs, abattoirs and a variety of odd places, always with her camera at hand. She always lived in the homes of the people for whom she worked and, as the years passed, she dragged an ever-growing number of fully crammed suitcases along with her when moving to a new home. Over the years her behaviour became more and more eccentric and she became increasingly isolated and intractable. One of the documentary’s dramatic high points is the moment when a woman tells us how she was forced to dismiss Vivian as her nanny as a result of her excessively erratic behaviour. However, she did so with much regret, as she was very fond of her.

In her last years Vivian lived in a small apartment by the sea, paid for by two men who had previously been in her care as children. Occasionally she would chat sociably with the people from her neighbourhood, while at times she would sort through the garbage looking for something to eat. All the people who talk about her in this documentary agree about one thing: Vivian Maier was an extremely idiosyncratic person. I have written this piece as a tribute to her life and work.”