Calefax is a close-knit ensemble of five reed players united by a shared passion. For thirty-five years they have been acclaimed in the Netherlands and abroad for their virtuosic playing, brilliant arrangements and innovative stage presentation. They are the inventors of a completely new genre: the reed quintet. They provide inspiration to young wind players from all over the world who follow in their footsteps. Calefax can be defined as a classical ensemble with a pop mentality.

‘Calefax – five extremely gifted Dutch gents who almost made the reed quintet seem the best musical format on the planet.’

Calefax takes an adventurous approach to presenting its programmes and has an astonishingly varied repertoire ranging from 1100 to the present day. They perform their own arrangements and newly commissioned compositions for the combination of oboe, clarinet, saxophone, bass clarinet and bassoon. Calefax is open to the influence of world music, jazz and improvisation as a result of countless international tours and collaborations with all kinds of musicians.

Calefax reinforces its pioneering role by publishing sheet music of their own arrangements under the name Calefax Edition. This has been one of the catalysts for the creation of many reed quintets inspired by the Calefax model, from Argentina to New Zealand and from the United States to Europe. Calefax passes on its unique manner of working and musical experience to new generations through master classes and workshops at conservatoires and universities.

Calefax has also created an inspirational laboratory with its annual PAN-festival: a colourful potpourri of musical exploits (with the musicians of Calefax alternating between the role of host and performer), including some surprising excursions into other artistic disciplines, and a composers’ competition. 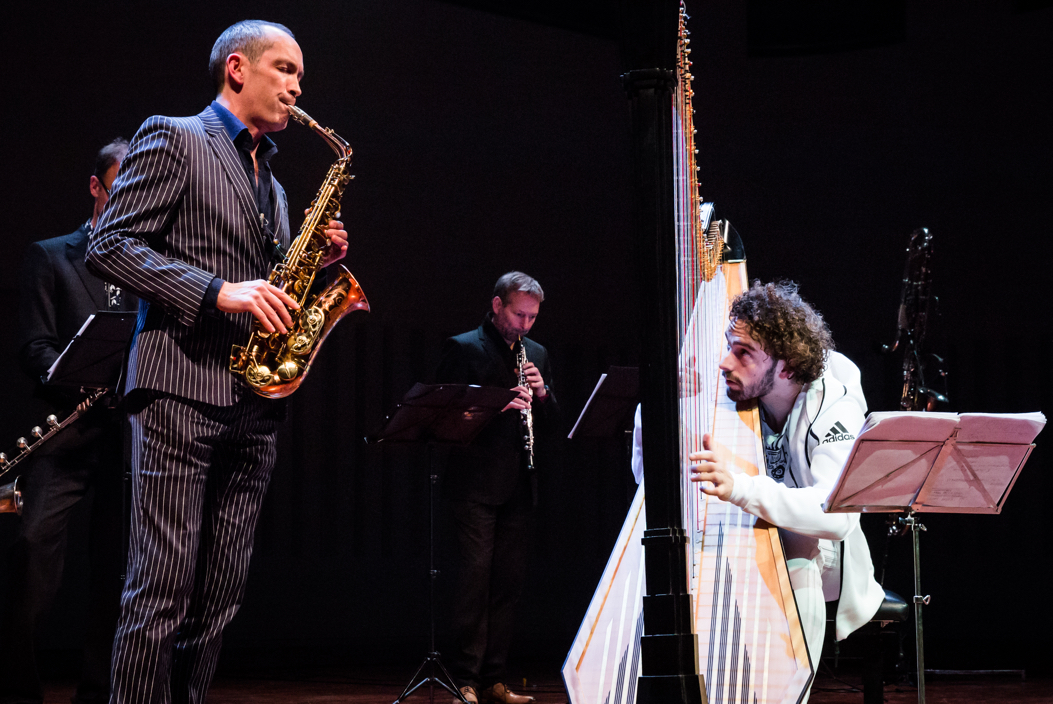 Calefax often joins forces with other musicians and artists from other disciplines. A hallmark of these collaborations is the continual quest to present striking, new repertoire and an adventurous approach to stage presentation.

Calefax has released 19 CDs under the renowned label PENTATONE, the German MDG label and its own RIOJA Records label. All the recordings have earned critical acclaim from the international press.

“Calefax and Eric Vloeimans do the impossible […] Mission accomplished. Beautiful.”

‘The incredible interaction between the five musicians is what holds them together,
a flawless ear for the most wonderful combinations of sounds – and a flair for
uncovering hidden treasures.’ – Frits van der Waa –

Calefax’s cd Romantic Kaleidoscope, was released in October 2015, packaged within the anniversary book Calefax en de Caleidoscoop, written by the radio presenter Lex Bohlmeijer and published by Cossee. The mezzo-soprano Cora Burggraaf can be heard on the CD entitled The Roaring Twenties, while the On the Spot CD features the trumpeter Eric Vloeimans, who transports Calefax into the world of jazz and improvisation.

‘The wind quintet and Vloeimans create a sensational CD as if there are no borders between early and new music, no discographic categories separating jazz and classical genres; they embrace ethnic musical influences as if these have simply and at long last been given their fitting place within the whole.‘ – Luister music magazine, Paul Janssen –

The Dutch newspapers De Telegraaf and De Volkskrant awarded Calefax five stars for their celebrated 2013 recording of the Goldberg Variations.

Calefax regularly tours abroad. The group has given concerts in virtually every country in Europe, as well as touring Russia, China, India, Turkey, Japan, South Africa, Brazil and the United States, performing at major venues including Wigmore Hall (London), the Oriental Arts Centre (Shanghai) and Lincoln Center (NYC). In January 2013 Calefax had the honour of accompanying the former Dutch Queen Beatrix on her final two state visits, to Brunei and Singapore.